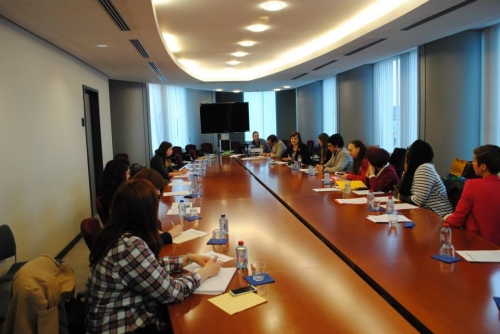 The resolution on progress on equality between women and men in the EU in 2013 has been voted at the plenary sitting on Tuesday, 10th March.

The report analyzes the progress on gender equality and underscores the need for policies improving women’s position in decision-making processes as well work/life balance; highlights the influence of economic crisis on women and pays attention to improvement of child care systems, maternity and paternity leaves.

[The Commission] ‘Emphasizes the importance of active prevention, education and information policies aimed at teenagers, young people and adults to ensure that sexual and reproductive health among the public is good, thereby preventing sexually transmitted diseases and unwanted pregnancies’

YouAct members from Bulgaria, Cyprus, Denmark, Ireland, Poland and Romania have written a letter to their MEPs, asking for a vote in favor of the resolution and confirming their support to the resolution, which clearly calls for the realization of women’s SRHR:

⦁ Bulgaria – 17 MEPs
⦁ Cyprus – 6 MEPs
⦁ Denmark – 13 MEPs
⦁ Ireland – 11 MEPs
⦁ Poland – 22 MEPs
⦁ Romania – 32 MEPs
The advocacy action undertaken by YouAct has contributed to the positive result of voting: the resolution passed by 441 votes to 205 with 52 abstentions on Tuesday. YouAct members have reached MEPs, who have supported the resolution, thanking them for expressing support for gender equality and SRHR. Some MEPs have already responded, confirming their support and expressing will for future cooperation.