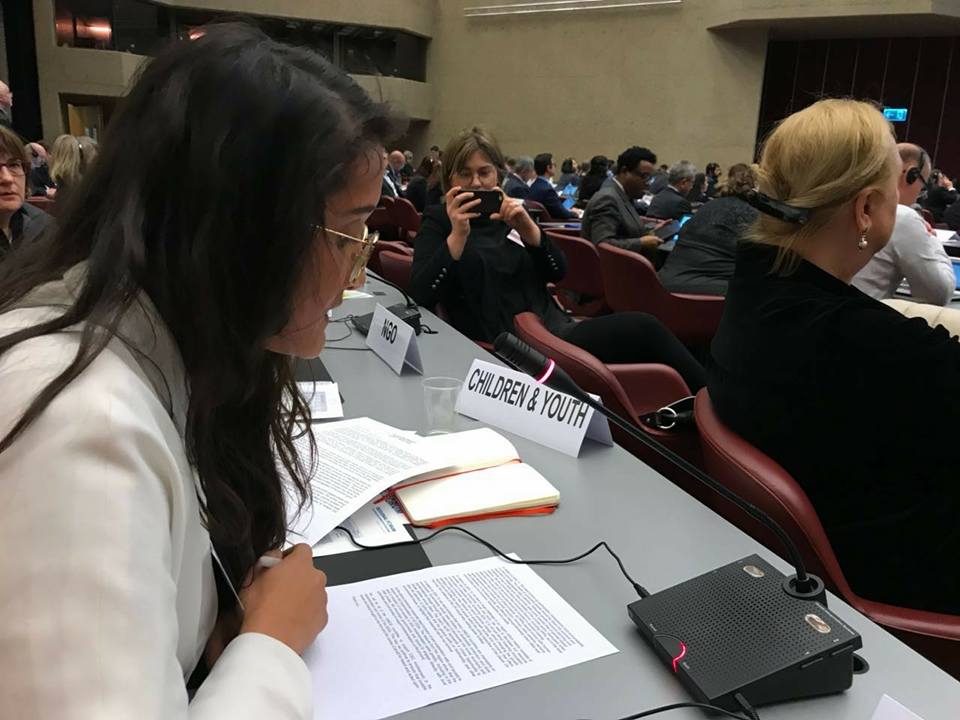 From the 28th of February to the 2nd of March, Anja Pedersen has participated in the UN ECE Regional Forum of Sustainable Development (RFSD) in Geneva, as the representative of YouAct. The forum is one of two regional reviews of the Sustainable Development Goals (SDGs) in our region. The other review is undertaken by the European Union. One key difference consists in that the UN ECE region is larger than the EU and includes the Balkans, Israel, Central Asia, Russia Canada and the US. The Chair’s note, the outcome document of the meeting, is submitted to the High Level Political Forum (HLPF), the forum of the global review of the SDSGs, which place at the UN headquarter in New York.

The structure of the RFSD mirrors that of the HLPF in the sense that five goals are up for review each year, while goals 17 on partnership is reviewed every year. For Anja, this was the second year participating in the forum. Last year, goal 3 and 5 on health and gender equality were reviewed, thereby making entry points and advocacy asks in relation to youth and SRHR quite straight forward. In contrast, the goals up review this year were 6,7,11,12 and 15. These goals revolved mainly around access to sanitation and water, urbanization and inclusion, environment, sustainable energy, responsible consumption and biodiversity. The linkages with SRHR were still there, but less clear cut, and thus requiring a bit more work to prepare.

Similar to last year, Anja has participated in the pre CSO forum, which took place before the RFSD, on the 28th of February. The RCEM, Regional Civil Society Engagement Mechanism, as it is called, has the purpose of ensuring civil society participation in the SDGs at regional level. The purpose of the RCEM is to push for the UN ECE countries to recognize the necessity for an institutionalization of the CSO engagement mechanism in the RFSD. The first steps have been taken with a concept note and an action plan for next steps leading up to the HLPF.

The main take-aways from Anja’s participation in the forum have been: