The event aimed to:

Approximately 40 participants gathered in Sofia (young people, representatives of youth-led organizations, policy makers – national and/or local/municipal level, statisticians, and regional partners and UN agencies) for two and a half days.

Following a round of brief introductions, there was an information session, to refresh participants’ memory regarding the processes and key documents of the International Conference on Population and Development and Agenda 2030 for Sustainable Development.

The second part of the day focussed on action and the needs and challenges of young people in five thematic areas were mapped – health, education, employment, gender & civic engagement. The prioritization process was commenced and continued into day two of the event.

The second day presented participants with the opportunity to gain an insight into how to effectively use statistics, before launching into further discussions about the needs and challenges against ICPD and SDGs targets and indicators.

The second day day culminated with several insightful presentations of initiatives on national and local level to advance youth agenda in Ukraine, Moldova, Bosnia and Herzegovina and other states. Representatives of UNDP and International Labour Organization also presented examples of successful projects and collaborations.

On the third day participants discussed the most important part of the agenda: mapping the gaps in the ICPD and SDG indicators in the five thematic areas (health, education, employment, gender & civic engagement). An overarching remark was the lack of monitoring of comprehensive sexuality education (related to education, health, gender etc.). Regarding health, the following gaps were identified in measuring the progress against ICPD and SDG goals: youth-friendliness of the services; inclusion of physical activity; inclusion of depression and other mental health indicators. An example from the employment working group is the missing indicators on unpaid work (internships & volunteerism), on the recognition of soft skills, on informal learning and on corruption related indicators disaggregated by age. Last but not least, the gender thematic area also highlights several missing indicators or opportunities for improvement regarding sexual assault and other harmful practices such as female genital mutilation/cutting, men on men violence and the inclusion of non-binary people or the concept of sexual orientation and gender identity (SOGI).

During the course of this event, Uliana Avtonomova, Ukrainian Youth Delegate to the United Nations was elected to represent youth voices as a member of the UNECE Experts group on regional monitoring framework on ICPD. However, as she was unable to travel to Geneva, Noura Berouba from Sweden presented the outcomes of this meeting to the UNECE Experts group.

All in all, the meeting was a success and the organizers, UNFPA Eastern Europe and Central Asia Regional Office and the International Institute for Youth Development PETRI – Sofia did a great job in facilitating resourceful and productive discussions. The meeting gave young people the opportunity to improve their capacity and gain skills to analyze and use data for ICPD/SDG and policy monitoring, implementation and advocacy and strengthened multi-stakeholders’ collaboration on youth agenda in Europe and Central Asian region. The full meeting report, including the suggestions to UNECE experts group on the youth dimension of regional monitoring framework for tracking and reporting progress of ICPD in UNECE region will be published soon. 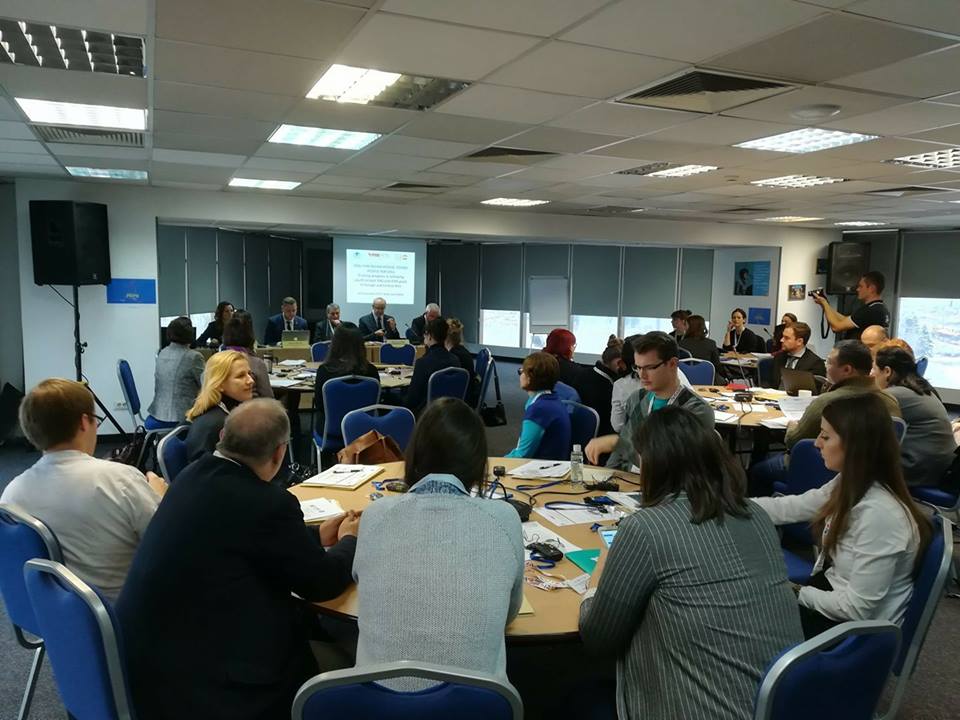