On the 27th & 28th of September, I, along with Martin, represented YouAct at the annual EuroNGOs conference in Brussels. This year the title of the conference was “Reframe: Promoting Sexual and Reproductive Health and Rights in a time of Growing Populism”, and was aimed at discussing how growing conservative, alt-right movements are threatening SRHR and human rights in general. There were panel discussions, side-events and creative hubs aimed at uncovering the problem and creating action points to move forward.

You-Act held a side-event during the conference, titled “The Power of Youth-Led Projects and Partnerships for Countering Populism”. For this side-event, we exhibited our Photo-Wall which displayed photos and descriptions of youth-led projects from around the world that were aimed at promoting SRHR in this time of growing populism. During the event, facilitated by myself and Zoe from CHOICE for Youth and Sexuality, we talked about what youth-led organisations and young activists can bring to the table, why it is important to include youth in decision-making processes, and the challenges that young people face in the SRHR world. We had four young people present their work: Anna Szczegielniak, Women Deliver Young Leader, Patrick Mwesigye from the Uganda Youth and Adolescents Health Forum, Adriana Radu from Sex vs. The Stork, and our very own Martin Karadzhov. One of the main lessons that we took away from this session is that the SRHR world needs to be more inclusive of young people, not only because our voices must be heard and taken seriously, but because we are able to provide fresh, innovative ideas and energy to the field.The side-event was very successful, and it was inspiring to see all the young people who are so passionate and motivated to make a difference. 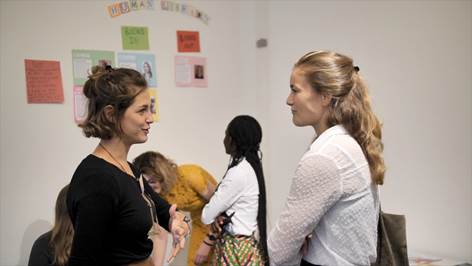 This year the EuroNGOs made a big effort to include young people into the program, and this is something to celebrate. 23% of participants at the conference were young people, a huge step up from last years, and an impressive number when compared to usual adult-led and focused events. On the 26th of September, the evening before the conference, we had a youth pre-meeting where we had presentations and group discussions on the importance to push forward our agenda and have our voices heard during the conference. Two of the speakers in the opening ceremony were young people, Adriana Radu from Romania and Esenam Amazu from Ghana who shared the importance of giving the space for youth to share their own story. The conference included a ‘Youth Corner’, a space where we could showcase our work, and we had the opportunity to organise two different sessions, a side-event organised by YouAct and a Creation Hub organised by Youth Coalition. Overall, there was a lot of space for us during the conference. This was facilitated by having Ana Rizescu, our coordinator as a representative  in the EuroNGOs Steering Committee and the EuroNGOs Secretariat team who all really pushed for youth visibility during the conference.

While it was incredible to see so much youth participation at the EuroNGOs conference, we still have a long way to go. In general, there is growing visibility of youth in SRHR platforms, and there is an increasing effort of including young people in decision-making processes. However, reflecting on the conference, I do think we have a long way to go. We must see more engagement from decision-makers, SRHR and development experts, the world of Academia, and politicians to include young people in these decisions and conversations, and to take our voices seriously. While there was immense visibility of young people at the conference, I felt that we were missing enthusiasm and inclusivity from the “adult” participants. I felt we need to rethink and strengthen how we facilitate meaningful youth participation and intergenerational dialogues.

A topic discussed at great lengths during the conference was the need to make our platform bigger and more inclusive. We need to partner with other organisations working on other human rights issues. We need to have inter-generational and inter-cultural partnerships. Alt-right groups are targeting all sorts of people, putting all sorts of issues on their agenda. We need to start doing the same. Like Esinam Amazu said during her speech: “by engaging the general public, by meaningfully including young people and marginalised groups, by facilitating inter-generational and inter-cultural dialogues, we can break down the notion of ‘us’ and ‘them’, we can build bridges and forge connections”. And these connections must start with young people. Let’s start building these bridges through the use of language. Is the vocabulary we use in the SRHR world accessible to young people? Is it accessible to people outside of the SRHR world? Continue inviting young people to these events and conference, continue inviting young people to the decision-making table, and while we’re there, let’s ensure we speak the same language, listen and understand each other.

We are glad to share some photos and we would also like to thank those who contributed to the Youth Photo Voice Wall that was displayed at the Youth Corner and at the Side-Event: CHOICE for Youth and Sexuality, the Netherlands; Center for Health and Gender Equity (CHANGE); Dance4life, Nepal; International Youth Alliance for Family Planning; Jakarta Feminist Discussion Group, Indonesia; TARSHI, India; Uganda Youth and Adolescents Health Forum (UYAHF); Y-PEER Network, Turkmenistan; YP Foundation, India; YSAFE Network. 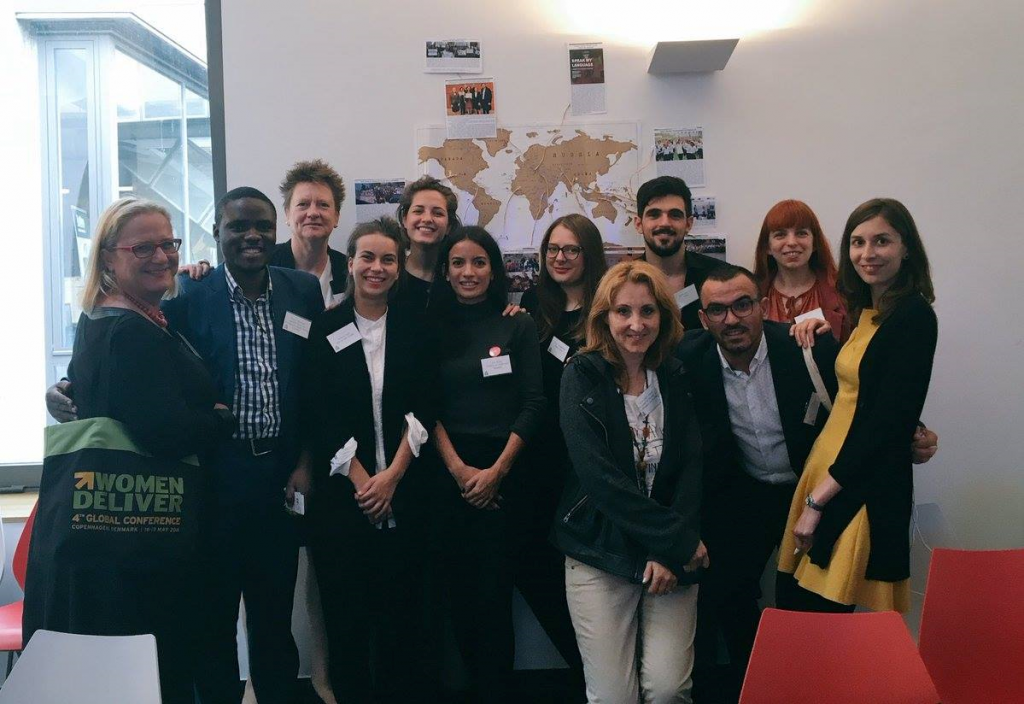 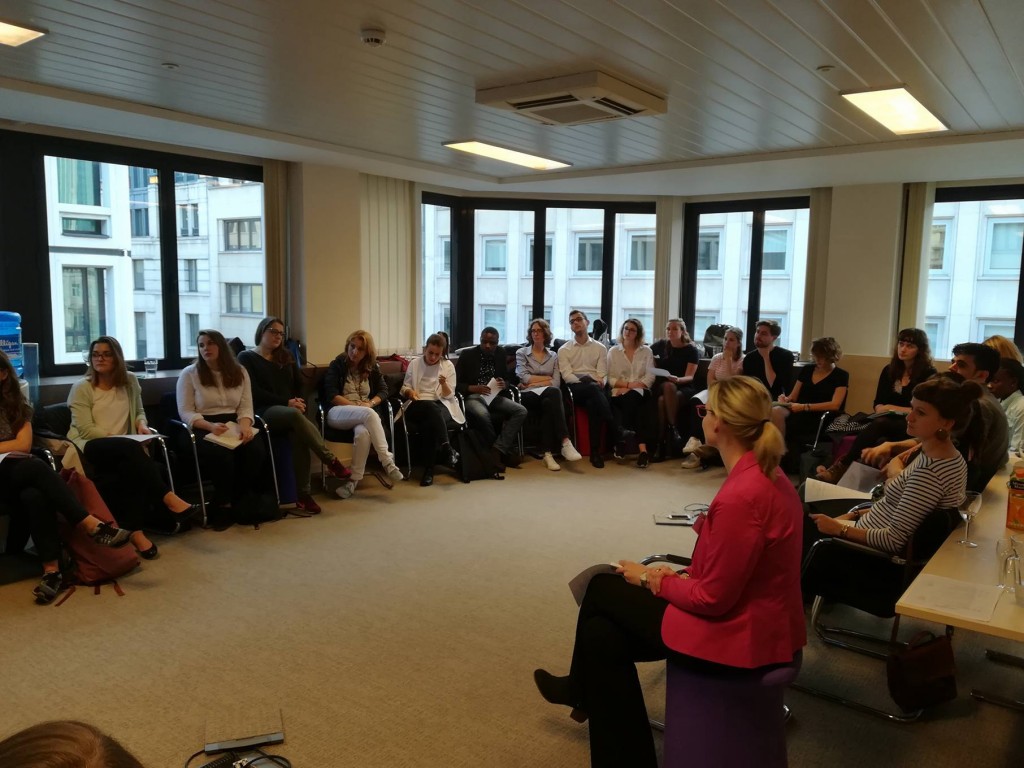 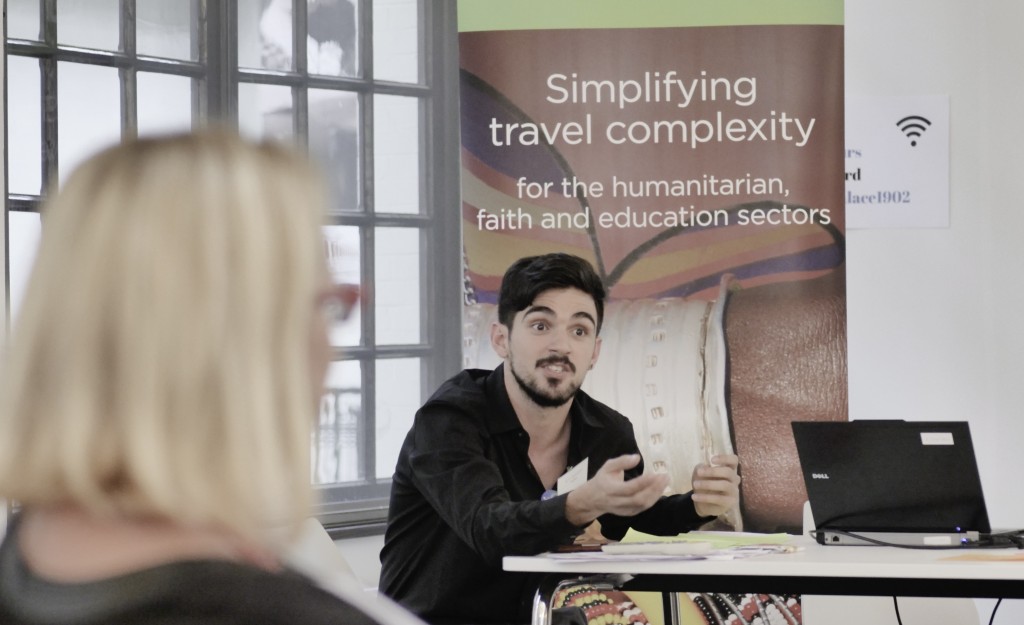