It’s 8 am on Thursday the 12th of January and I am seated in a room of the European Parliament at the launch of Elena Zacharenko’s report ‘Perspectives on anti-choice lobbying in Europe.’

My attendance at the launch comes as a result of my involvement in a shared advocacy initiative on abortion rights in Poland that was initiated by members of YouAct, CHOICE for Youth and Sexuality and ASTRA Youth last summer.

On our last trip in October, youth advocates from across Europe had met with MEPs and members of civil society organisations in order to voice our concerns regarding the worrying SRHR situation in Poland. At the time, the Czerny Protest had just taken place and the mass-mobilization of Polish women and girls had led the Polish government to scrap the Stop Abortion bill which would have established Poland as the country with one of the most restrictive abortion laws in Europe. The Czerny protest was a crowning moment for grass-roots activism,  at a time when the space for civil society space had been restricted globally and at a dizzying* rate. 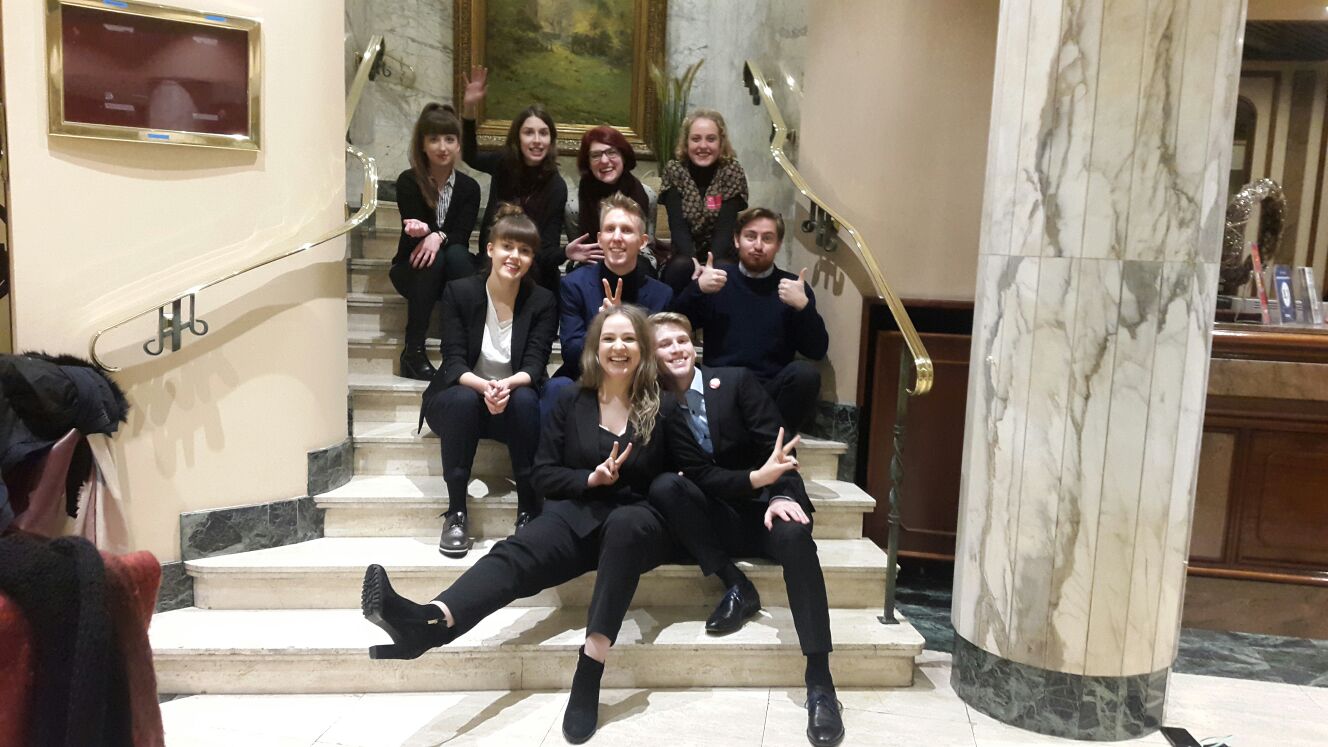 Unfortunately, the Czerny protest wasn’t enough to secure the sexual and reproductive health and rights of Polish citizens and indeed, these rights are constantly under attack in a country where ‘gender ideology’ itself is seem as a threat to traditional values. A few of the many reasons for which we decided to return to Brussels on a second advocacy trip include the Polish government’s plans to prohibit emergency contraceptives without prescription, the abuse of the conscientious objection clause by doctors and entire hospitals, and the move towards sexuality education with a focus on morality and abstinence. The latter has been promoted by the new expert on Education for Family Life who is against all methods of contraception as she believes that they encourage hedonism. Adding to this are the conflicting reports that Poland plans to withdraw from the Istanbul convention, which is further evidence that the backsliding of human rights is not limited only to the field of SRHR.

Our second trip was therefore much broader in scope. As we prepared for the trip with regular on-the-ground updates from Marta Szostak from ASTRA, it became increasingly clear that the abortion situation could no longer be considered as a singular issue but that it formed only one part of a frightening jigsaw puzzle that, once completed, threatens to establish an environment in which SRHR violations are legitimized and indeed, promoted by state policy and legislation.

Certainly, with anti-choice rhetoric spreading across parts of Europe and the recent reinstatement of the Global Gag Rule, SRHR seems to be in a critical condition globally. In saying that, however, there was a lot of positivity to be taken from our trip this January. This is namely the hard-work, passion and determination of MEPs such as Malin Bjork, Mary Honeyball, Maria Arena, Sophie in ‘t Veld and Emmanuelle Le Texier, to name a few. Added to this are the tireless efforts of women from organisations such as the EPF, IPPF EN and DSW. But perhaps, what is most important of all is the recognition of the need for solidarity and the need to heal the divisions intrinsic to recent political bipolarity. There is a need to move away from exclusivity and from the us vs them model. There is a need to reject the claim that progressive values are leftist values and to highlight the incontrovertible importance of human rights rather than position on the political spectrum. This will not be an easy task and it will require reformulation of the language and framing of current discourse on human rights and in particular, women’s human rights. However, with the creativity and determination of human rights advocates, it can be achieved.

As one of her closing comments at the report launch on Thursday, MEP Julie Ward remarked on the need to ‘take the attack against progressive values, turn it around and make it creative.’ I was instantly reminded of the speech that Meryl Streep had made at the Golden Globes that week where she too had urged friends and colleagues to resist the efforts that seek to unravel the respect for diversity and the systems and people who attempt to protect human rights. She too referenced the need for creativity in citing Carrie Fisher’s advice to ‘take your broken heart and make it into art.’ While this might be seen as a throwaway quip, the applause with which it was greeted emphasizes the recognition of creativity’s significance in resisting the backlash against human rights and diversity. We too must prize solidarity and creativity as essential elements of our arsenal in the struggle to protect and secure SRHR across the world.