Brussels, 11th January 2017 // European Youth advocates concerned by recent developments in Poland call on the European Parliament to act now to monitor legislative developments and increasing restrictions to sexual and reproductive rights and services across Europe.

Recent developments in Poland have served to highlight the precarious state of women’s health and rights in Europe with rising political support for increased restrictions to women’s reproductive health such as access to contraceptives and abortion services. We are alarmed by statements being made by senior Polish government officials about the intention of the Polish government to withdraw from the Council of Europe Convention “Istanbul Convention” on preventing and combating violence against women and domestic violence.

Driven by their commitment to human rights and concerns over increased restrictions to reproductive health and services; youth advocates from YouAct, CHOICE for Youth & Sexuality and ASTRA Youth will be meeting with MEPs and policy-makers on Wednesday 11th and Thursday 12th January to demand a stronger European parliamentary response to increasingly regressive legislation in Poland and throughout Europe. 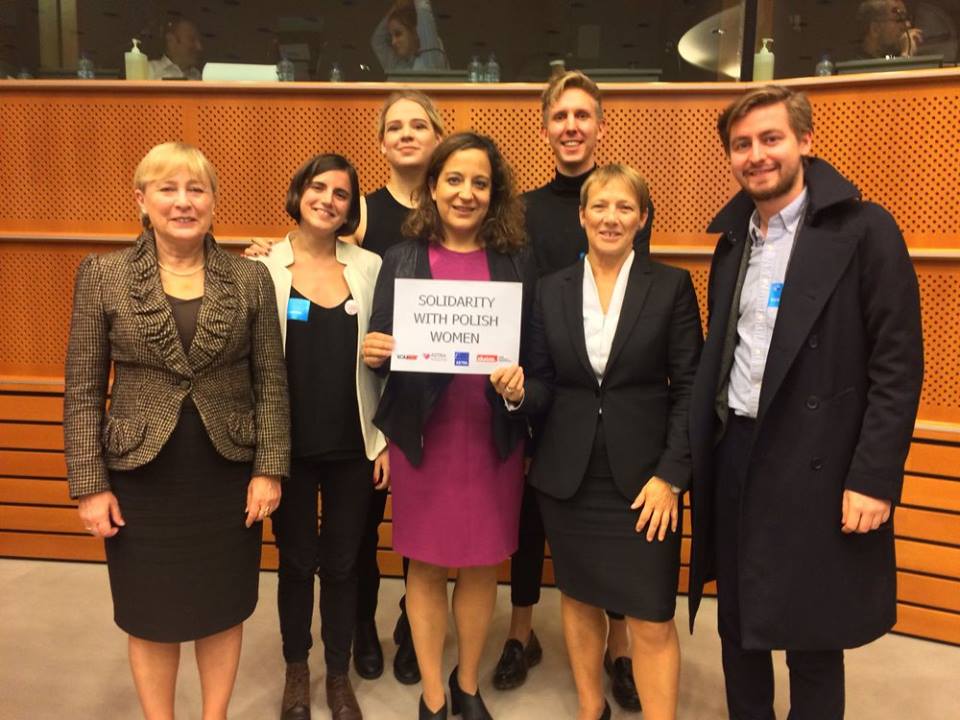 Their action builds on the mobilization of thousands of Polish women, men, girls and boys in 2016 supported by solidarity movements throughout Europe who have raised their voices in opposition to Poland’s plans to further restrict the law on abortion. Their actions influenced the Polish Parliament’s decision to dismiss  the “Stop the Abortion” bill; however the threats to fundamental reproductive rights remain with the development of new legislative proposals which seek to further restrict access to essential services.  In Poland, this is most plainly evidenced by the recent move to impose restrictions on the availability of emergency contraception. Evidence shows that restricting access to safe abortion only forces girls and women to resort to private, illegal or unsafe services, which pose a serious risk to their health and lives.

Despite recent success with the “Stop the Abortion” bill being dismissed from Parliament, we count on solidarity and support from our colleagues in Europe, and politicians and representatives within the European Parliament, to do more to uphold fundamental reproductive rights, such as access to contraceptives and abortion throughout the European Union”

Swedish GUE/NGL group MEP Malin Björk comment: “History has shown that we can never take women’s rights for granted. When rights are threatened somewhere, they are threatened for all of us. We are in this together.”

“This latest threat to the rights and safety of women in Poland is deeply alarming. The current Polish government has consistently sought to undermine fundamental rights, and turning against the Istanbul Convention would send a disturbing message to Polish women about their ability to feel safe from violence.”

Marta Szostak, ASTRA Network Coordinator comments; “International support, especially the one coming from European groups working on reproductive rights and youth groups, has proven to be a major source for mobilization and inspiration for Polish women and girls. European Parliamentarians must do their part in upholding fundamental human rights and European values in demanding and upholding universal access to sexual and reproductive health and rights throughout Europe “.

By youact|2017-01-10T22:18:18+00:00January 10th, 2017|Uncategorized|Comments Off on European youth advocates urge MEPs to act NOW to combat attacks on sexual reproductive health and rights in Poland and throughout Europe