Home/Uncategorized/Youth Advocacy in Action
Previous Next

Project Recap
In February, a European Youth Meeting brought together 30 young participants from 8 European Countries to engage in training and exchange reflections from their national contexts. Since the meeting, we have been working with these young advocates to put their skills into action by reaching out to current and candidate Members of the European Parliament (MEPs).

On March 18th, 8 young people delivered presentations and engaged in dialogue with MEPs, parliamentary staff and civil society participants during a hearing at the European Parliament. The hearing focused on the topic of Comprehensive Sexuality Education and was hosted by Slovakian MEP Katarina Nevedalova and YouAct.

As part of the hearing programme, project participant Nazmeen Amin delivered a presentation on the importance of integrating FGM prevention and comprehensive sexuality education programmes. She contacted us this week to say, “After speaking about this issue at the European Parliament, I was selected to participate in the advisory board for the FGM National Clinical Group conference: Tackling Honour Based Violence, Forced Marriage and Female Genital Mutilation taking place this July in London.” 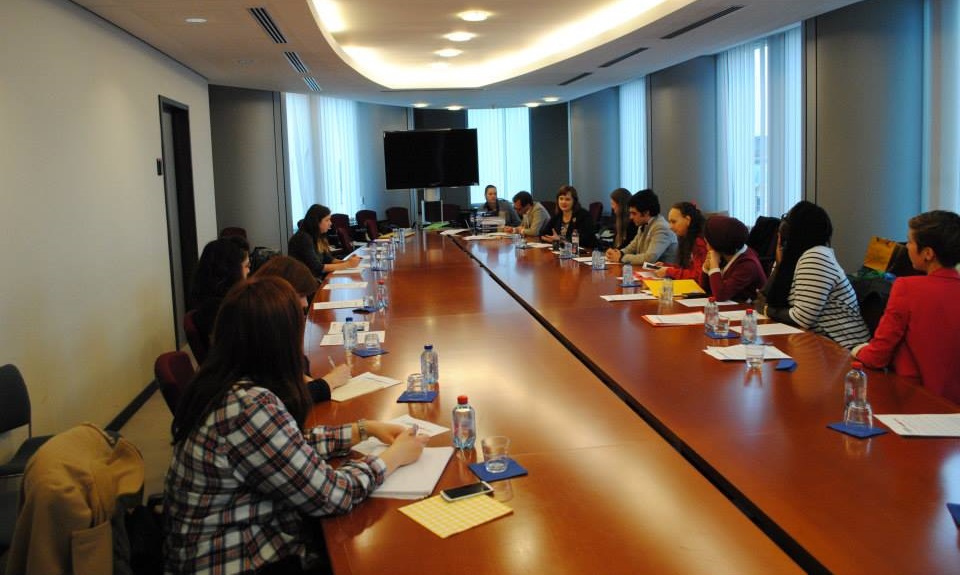 During the European Youth Meeting, participants collaborated to develop a statement, which calls on decision-makers to prioritize the sexual and reproductive health and rights of young people in the Post-2015 framework, as well as in Europe. The statement contains specific calls regarding the importance of comprehensive sexuality education to realizing the human rights and wellbeing of adolescents and youth.

In advance of European Elections, participants made their voices heard by communicating these calls through writing to 80 MEPs from all political groups, as well as 5 national-level decision makers, across 9 European countries.

They went on to meet face-to-face with a further 4 MEPs and candidates, 6 parliamentary staff, and the head of one National Youth Ministry.

One of our project participants has even decided to stand for election. Lucy Bannister, 20, who lives in Manchester is running as a Green Party candidate for her local council. We asked Lucy whether the project influenced her to become a young decision-maker, and she had this to say:

‘Yes I think the European Dialogue for Youth Rights project did indeed influence me to stand and has made me really motivated to get involved in elections, and to encourage other youth to register and vote. I have seen the importance of our involvement with Europe and the power of the European Parliament. The European Youth Meeting and the follow up since then has given me reassurance that young people have the drive to be involved with politics and that this involvement can be influential. I am so pleased with the impact we have made. I hope that we can do even more when the new parliament is elected.’

As part of the project, we also sought to share our learning with young people in our respective countries. A further 9 young people went on to raise awareness among 58 of their peers, in large part because of a series of follow-up trainings for young people in the UK, organized by Restless Development. These peer meetings highlighted the importance of voting in European elections, and the value of reaching out to decision-makers to ensure that youth issues become campaign issues, and are prioritized after elections.

Project partners are currently planning further actions aimed at mobilizing young people to reach out to newly elected MEPs to ensure youth issues are prioritized on the agenda of the next European Parliament.

The European Dialogue for Youth Rights project is a collaboration between Choice for Youth and Sexuality, Hope XXL, Restless Development and YouAct. The project is supported by the Youth in Action Programme.