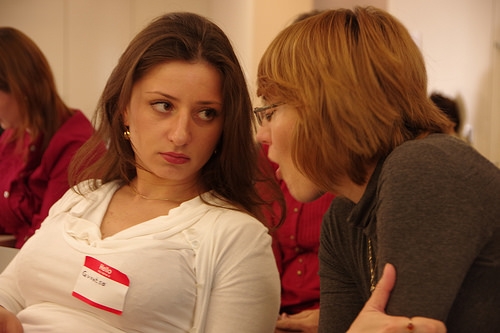 The anti-discrimination bill remains on the agenda of Georgia’s human rights committee. The anti-Discrimination law was drafted by the Ministry of Justice, with active participation from civil society in early 2013, and passed through the first stages of the Georgian Parliament.

However, it would seem that the Government of Georgia is not fully committed to fulfilling all responsibilities required to implement the law. The most recent version of the bill that was sent to the Parliament is a substantial step backwards from the model and the standards elaborated by the Ministry of Justice. It lacks clarity on effective preventive mechanisms, and details of financial sanctions which would be introduced towards those violating the Law. In addition, transparency of the process was weakened after the initial draft, and human rights activists and civil society organizations have been struggling to stay involved.

The anti-discrimination law is likely to be raised at the plenary session tomorrow, which will vote on the second reading. It is highly important that new anti-discrimination laws are comprehensive and effective, because discrimination is a significant problem in Georgia. In the last two years, the country has seen multiple cases of discrimination against religious minorities and the lesbian, gay, bisexual, transgender and intersex (LGBT) community.

Currently, the Civil Code of Georgia defines marriage as an institution between a man and a woman, although the Constitution does not specify such a discriminatory restriction. As the process of reviewing the anti-discrimination bill moves forward, the Prime Minister of Georgia has called upon the state constitutional commission, which is now working on drafting broader constitutional amendments, to consider defining marriage in the constitution as a union between a man and woman. It seems like one step forward is always related to making compromises in other areas.

2014 is the year when we are celebrating the 20th anniversary of the International Conference on Population and Development (ICPD) Programme of Action, which recognized that universal human rights are fundamental to development gains. March 7-11, during the 47th session of the Commission on Population and Development (CPD) I was part of the civil society youth caucus. After this experience, I am well aware that this is a very complex and procedural process but at the end of the day this process is about everyone and human rights for all.

To answer the question why do I care and why is this important? This process is very significant, because we need effective mechanisms to eliminate discrimination in my country and the law will bring significant changes in fighting against discrimination. I care because a change on the national level is a step toward making even bigger changes. It is important to me that everybody in my country lives free from all forms of violence and discrimination, specifically on the bases of gender, health condition, sexual orientation and gender identity. In conclusion, we need to make sure that the law is a foundation that will prohibit discrimination not only on paper but in reality.

By youact|2016-02-18T16:01:45+00:00April 30th, 2014|Uncategorized|Comments Off on Anti-Discrimination Bill on Agenda of the Georgian Parliament and Reflections following CPD and