Young People Call for Recognition and Change at a Policy Level

Young People Call for Recognition and Change at a Policy Level

The YouAct project European Young People Call for Recognition and Change engaged young people from 5 Council of Europe member states, in a training session and follow-up activities, in which they put their advocacy knowledge into action. The project focused on three key areas:

– Sharing information on best practice for prevention of, and victim-centered responses to, sexual violence and coercion, taking into account the unique needs of adolescents and youth, in all their diversity 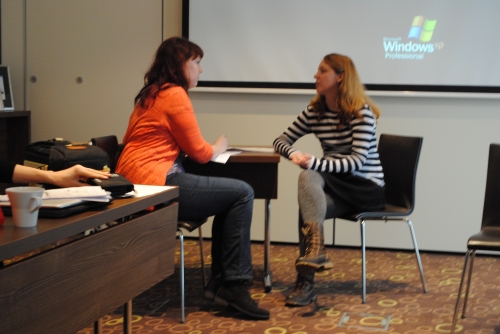 During a 3-day training session, participants gained information about the YSAV project, key conventions relating to sexual and gender-based violence, as well as EU political structures. Participants also received training in neutralizing opposition, and took part in a simulation game aimed at building practical skills for dealing with encounters with opposition. Participants put their advocacy skills into action during the training by collaboratively drafting a letter, which they sent to their MEPs and another letter template aimed at national decision makers. During the training, these youth activists also obtained tools and training to conduct peer sessions in their home countries, in order to raise awareness of the issue among peers, and inspire them to join our advocacy efforts, or create their own.

As a participant, I found the training informative and empowering. As a new member, it was my first introduction to YouAct. We gained learning on important international processes, EU political structures, including both the European Parliament and Council of Europe, and how advocacy on the issue of youth peer-to-peer sexual violence and coercion can be incorporated into our work at many different advocacy moments.

There were plenty of successes in the project. After the training, a letter-writing advocacy campaign was implemented, reaching at least 29 decision makers- 23 MEPs and 6 national level decision makers- across at least 6 European countries, with special attention to MEPs on the Womens Rights and Gender Equality committee, the Development committee, and the Culture and Education committee, as well as the European Parliament Subcommittee on Human Rights.

Four peer education sessions on the topic were also carried out, reaching a further 24 young people. We reached our peers by sharing advocacy tools including sample letters to parliamentarians, guidance for meeting with decision makers, and other materials, which were disseminated to all YouAct members, youth organizations YouAct partners with, and YSAV youth preconference participants.

An unexpected, but very powerful result was that we went on to have 4 meetings with our MEPs and other supportive decision makers. We also received a further 7 written statements of support from parliamentarians, in which they expressed their commitment to bring the issue of to their parties, their committees, and to the attention of the EU Commissioner for Education, Culture and Youth.

Young activists, who met with decision makers in person, established relationships, and continued to work together around the vote on the Estrela SRHR report.

YouAct is now going on to share our advocacy experience through a broader base of young people, through a series of trainings, and a meeting between decision makers and young people. We are always keeping our ears and eyes open for further opportunities for cooperation.